The promotion was being run through multiple channels such as retail, supermarkets, pubs, clubs and restaurants and the core Coca Cola branding had to stay consistent throughout all campaigns. 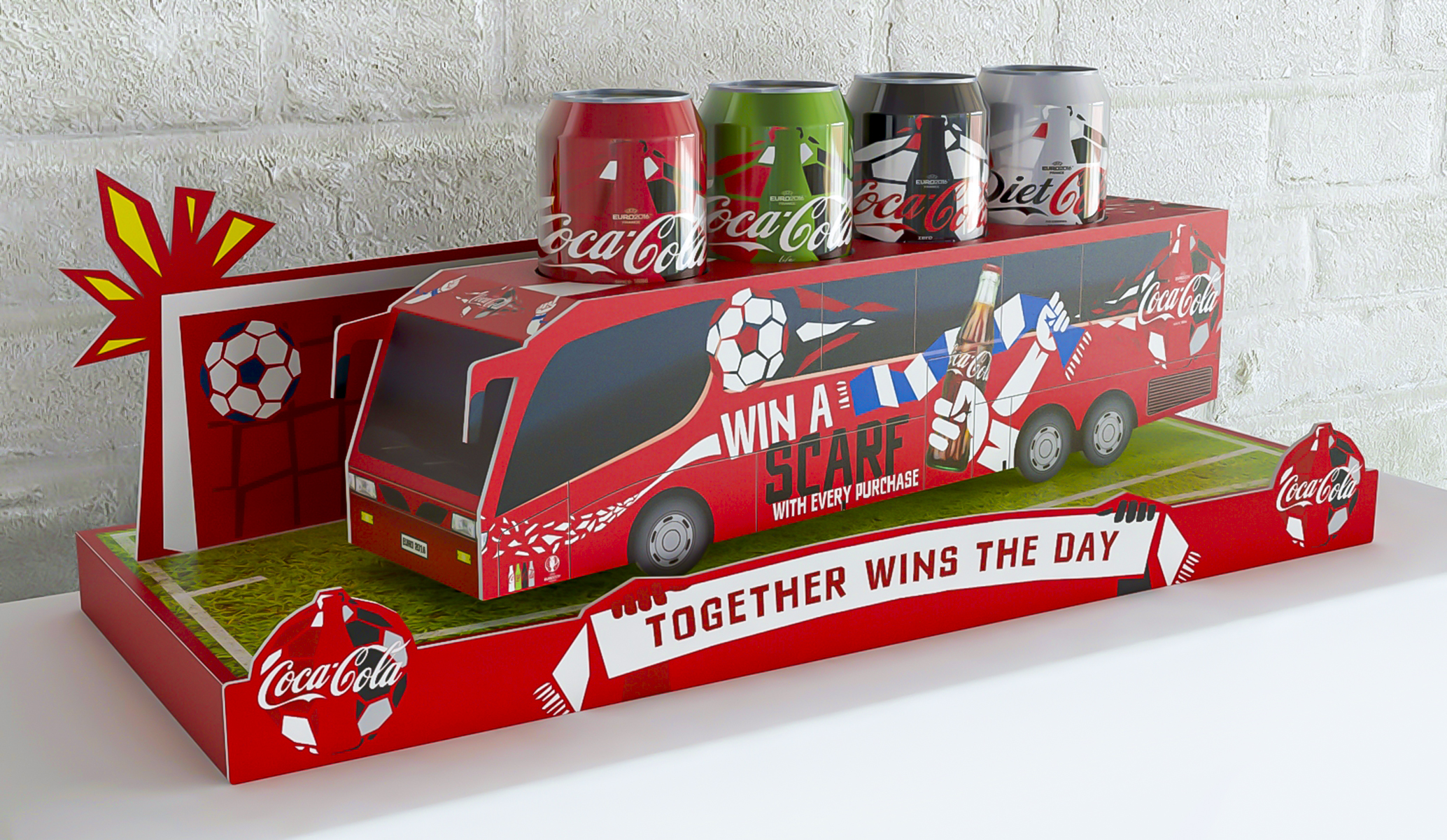 Our dedicated account management and design teams worked with the client to conceptually design and prototype the POS Items.

The account team then had to liaise with key stakeholders and across the various markets to determine their print and POS requirements across their channels. We then consolidated the campaign production across all markets and channels to increase print volumes, economy of scale and material efficiencies to reduce costs for the client. 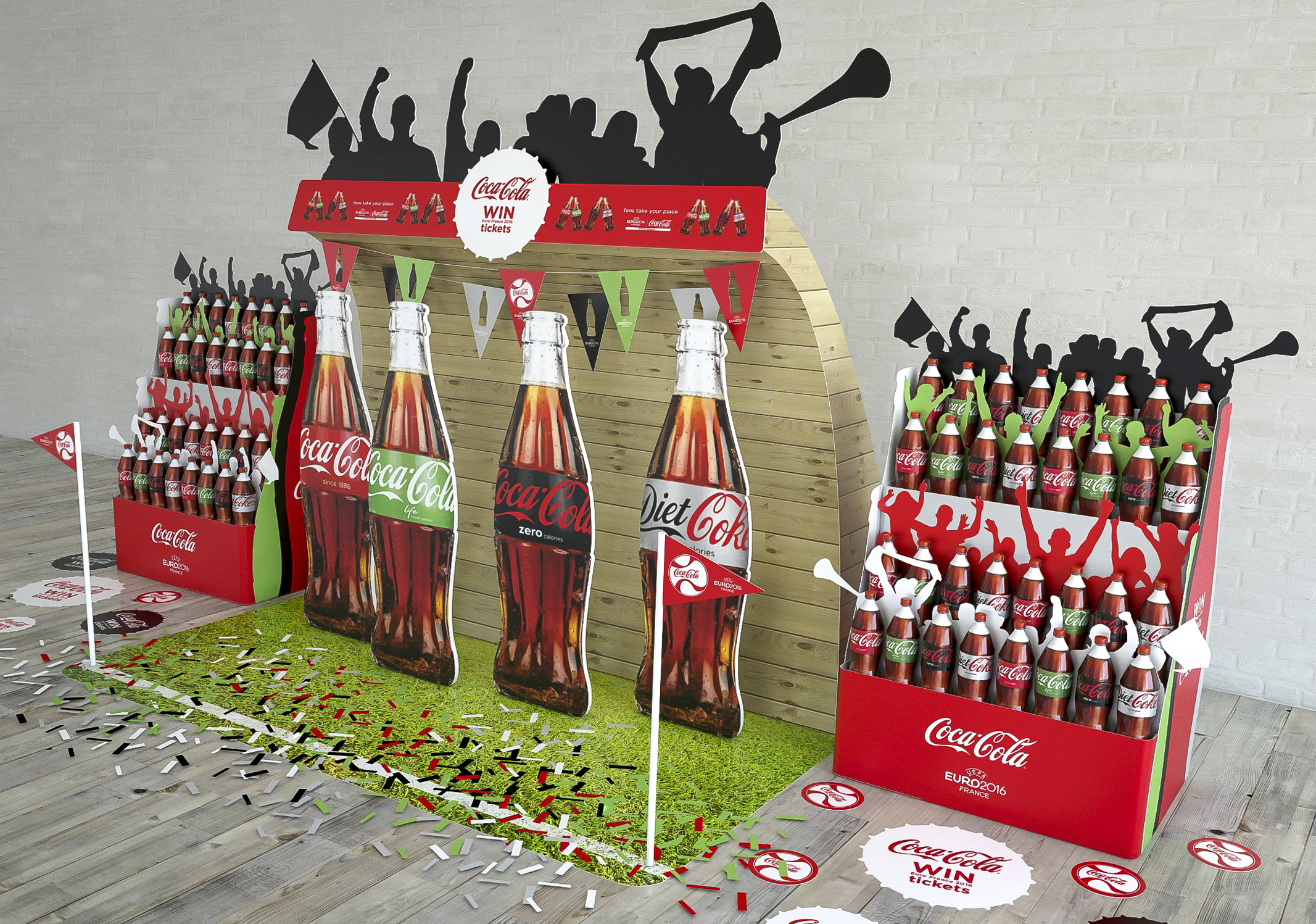 The account team then worked closely with the retailers and NAM’s to determine the complex kits required for every promotional outlet across the UK.

Acting as a central point of contact the Wilmot-Budgen account team helped ensure this campaign was a success by working with multiple stakeholders throughout Coca-Cola across many channels. By consolidating the design, production and kitting of this promotion Wilmot-Budgen helped the client achieve substantial savings against the cost of the campaign. Furthermore by consolidating the campaigns across the multiple channels we improved the time to market whilst improving the accuracy of the store kits. 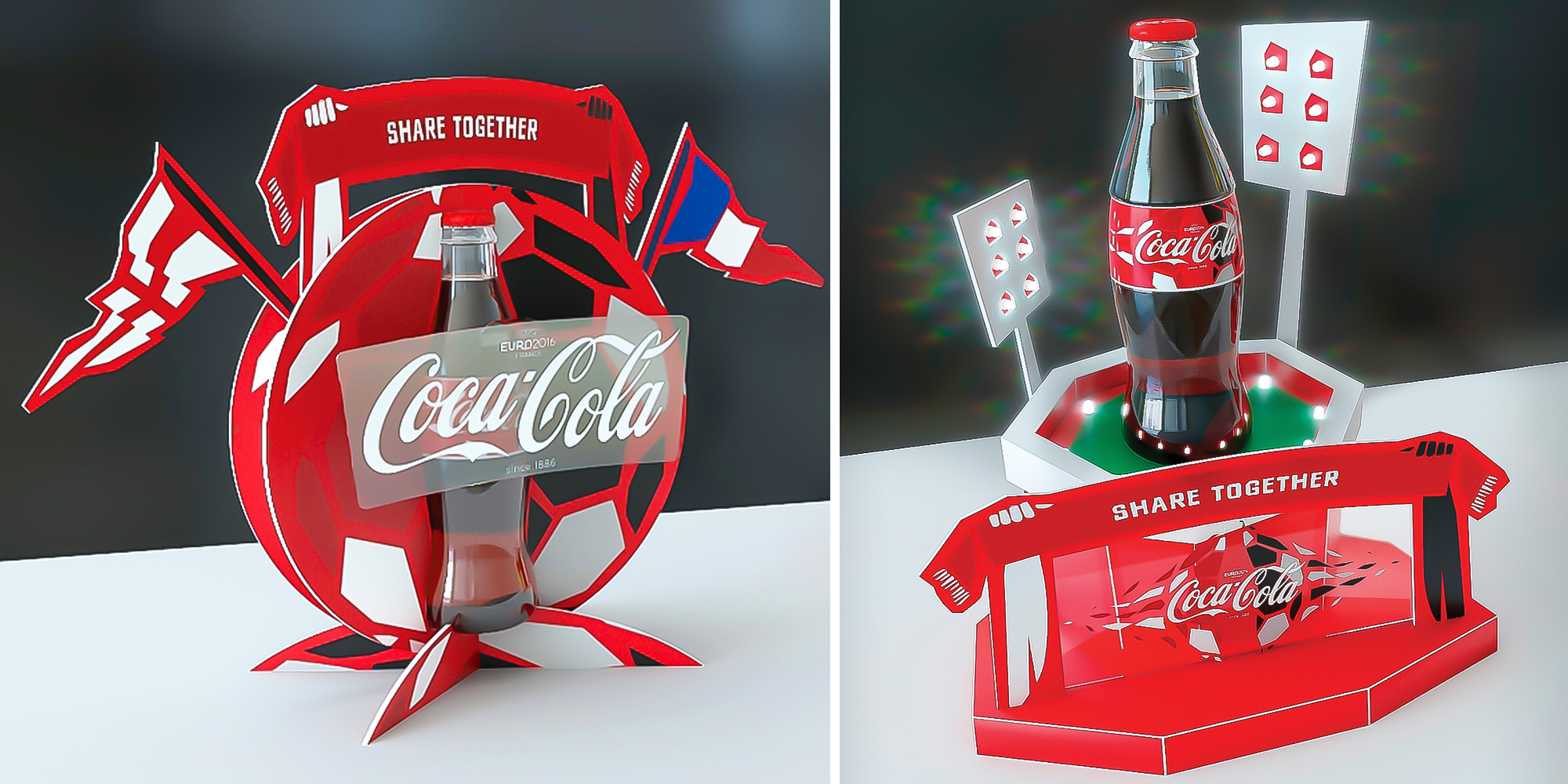