We were asked by Jack Daniel’s to create several concepts for a pallet unit that they wanted positioned in several key ASDA stores over the Christmas period.

We started by creating various white 3D visual prototypes using the JD barrel as a key element.
We then created all the graphics for the campaign and applied the artwork to development visuals.

Once a chosen structure had been agreed, it was then passed to our structural team to create and test the unit for the busy retail environment.

All of our in-house skill-sets were put to the test in this project. From the initial creative concept work, through to 3D visualisation, graphic design, illustration, structural design and printing/finishing.

We worked closely with the brand to make sure all the artwork we produced stayed within their guidelines but still pushed it far enough to get the Christmas campaign message across in-store.

Our structural team had to test the unit thoroughly before the final design was sent out to store as well. 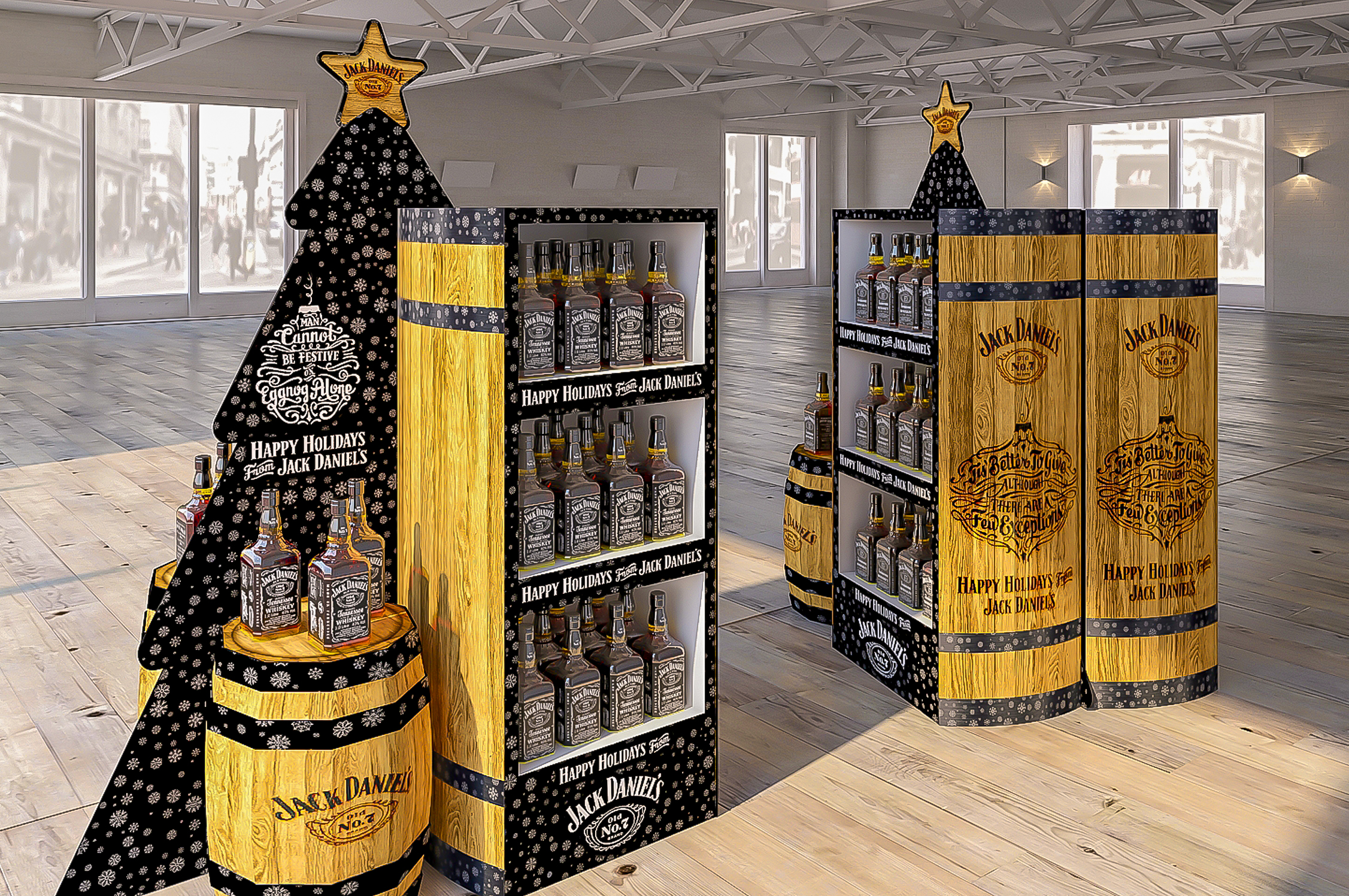