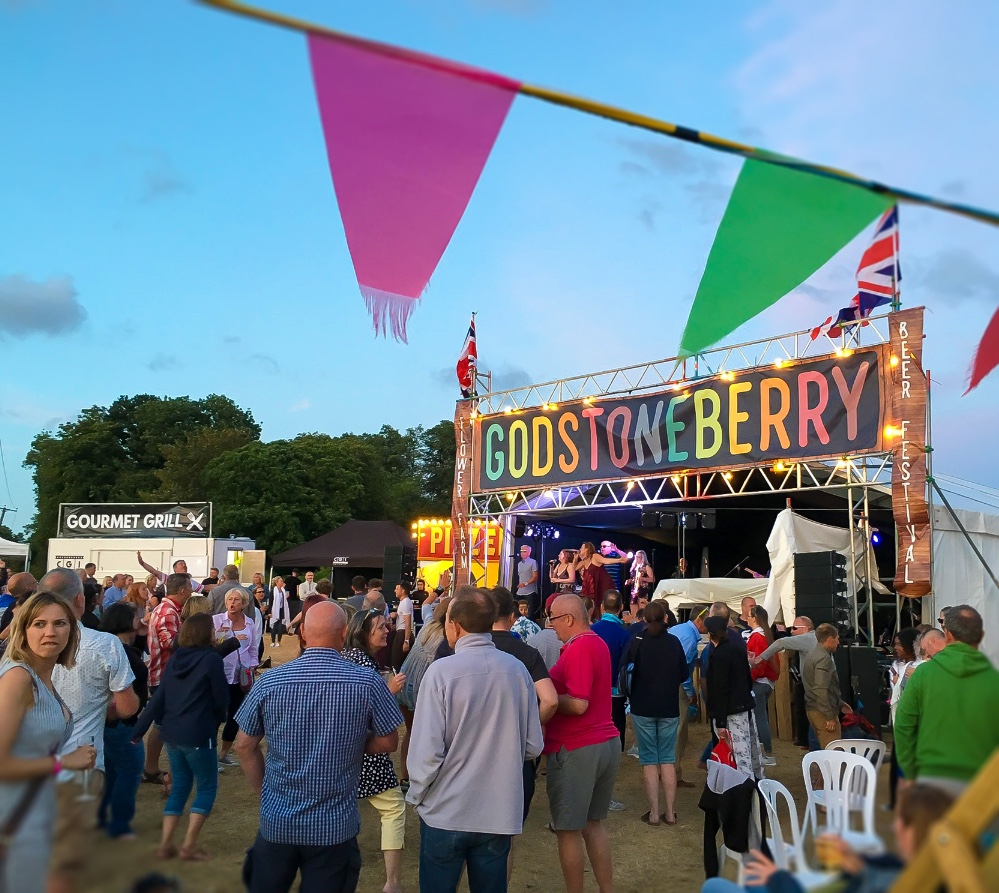 Festival season is well and truly underway and there have been some corkers. The highlights for far this year have included the Isle of White, Bestival, Wireless…. and Godstoneberry. That’s right, Surrey's finest beer festival was in full swing and Wilmot Budgen were at the heart of the action.

We like to get involved with local events and help out where we can, and this was no exception. Our production team got to work branding the event with a series of colourful banners which were displayed around the site and printed direct onto PVC.

We also produced the impactful, informative brochure for the event to encourage attendees to read a bit about the festival and the faces behind it.

Finally we printed the festival’s own colourful currency to be used across the site in exchange for drinks and food.

A beer festival isn’t a festival without beer so we also sponsored a beer barrel... and a keg... and then helped to empty them!

Our team went along to this great event to show their support for this great community event and we even had our own printed gazebo to shade from the sun.

As the acts played up and the sun went down we continued the party into the night with some great music, food and a few beers.

A great day was had by all and more importantly it was all for a fantastic cause, The Orpheus Centre which is an independent specialist college for young disabled adults with a passion for performing.

We thoroughly enjoyed a day of being entertained by some of the students at the college and a great time was had by all. Until next year…