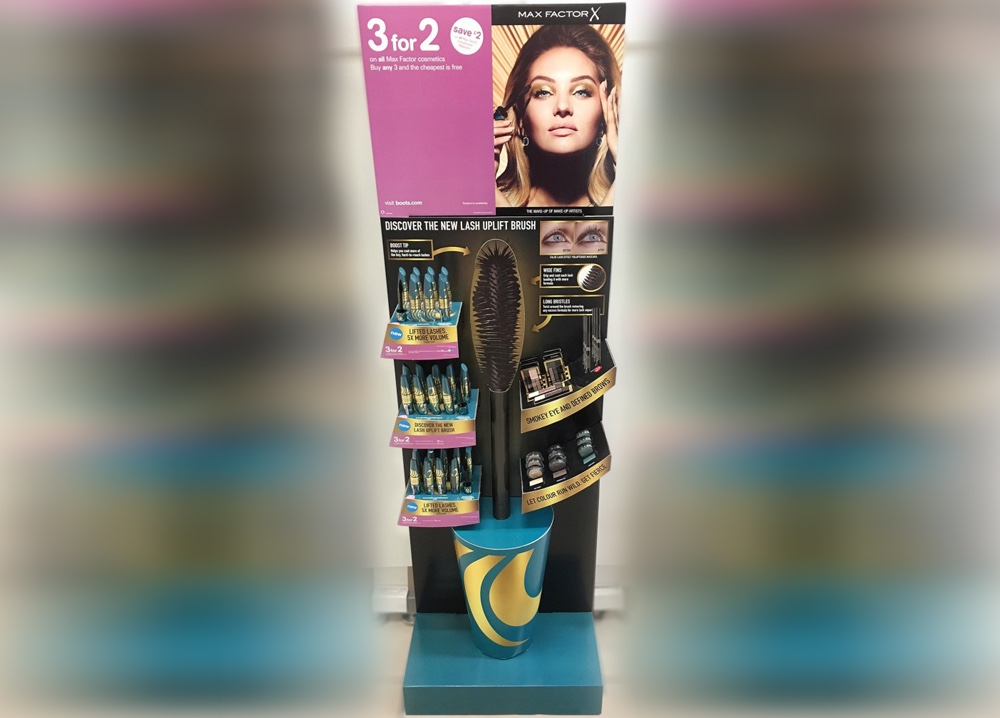 Wilmot-Budgen initially received the design brief from Communisis who work on behalf of Procter and Gamble’s popular MaxFactor line of cosmetics.

Feeling uplifted by the brief, Wilmot-Budgen then worked closely with design agency N-Fuze to create and produce fully operational designs.

Our team then created bespoke, white prototypes using unconventional heights to emphasise the slope/lash effect, which were then taken into each store for testing on the applicable dimensions for size.

The new Lash Uplift Brush dual application may boast about its one-stroke feature but behind the scenes Wilmot-Budgen continuously revised the strokes on size to make them work well with the header for in store, as they found some were too large.

Following approval, colour prototypes were produced for each element and the artwork was tweaked by N-Fuze.

Similar to the 360° mascara application, Wilmot-Budgen took full control and went into production, assembling the cardboard design, wrapping each prototype for safe dispatch and delivery.
Shoppers at Boots and Superdrug can now snap up this fabulous new mascara, ready to wrap each lash with more formula, lift and volume.